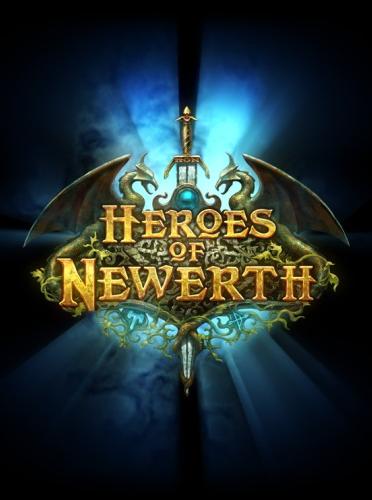 — REPLAYS!
— Added ramp models to show where the ramps are more clearly on Caldavar
— Added ingame loading tips
— Added a delay between hero voice responses for move, attack and select sounds. (default 3 seconds)
— Volume tweaks on a lot of heroes and abilities
— Endless sound tweaks to heroes and impacts
— New music track
— Bajillidan tooltip fixes
— Fixed Ranged Super Creep health
— Added a lot (like 12-15) new LODs for lower end systems
— /gameinfo now returns «Other Options: None» if there are none, previously it just showed «Other Options:»
— Changed the creep gold for supercreeps to 1/2 the gold of normal creeps
— Added a team message when a walking or flying courier is purchased by a team member
— Added a team message indicating when a team member buys back
— Added a new customized Legion/Hellbourne message and alert ping indicating when a melee/ranged barracks is destroyed
— Added a fence in the forest to stop ancient creep pulling on the Hellbourne side
— Player disconnects and player timeouts are now differentiated to the server
— Tweaked Purge Creep AI so it doesn’t purge creeps anymore, just heroes that are close to it
— Warbeast’s Wolves, Tempest’s Elementals, and Puzzlebox Minions are now Summoned units and will be hurt by Purge effects
— Fixed the tooltip for locking someone because it said «star» instead of «icon»
— Fixed an issue with the Health/Manabar tooltip in the options window
— Added a new Hellbourne building to the base
— Fixed the Kongor exploit spot because of a prop
— French stringtables updated (Thanks to Magissia)
— Fixed a significant exploit with map fog
— Kongor now gets the ability to run through buildings, trees, and cliffs to return home.
* This fixes many many issues with him getting stuck in weird places.
— Kongor can no longer attack towers
— Added a new jukespot in the Hellbourne jungle
— Fixed the Antlore Healers from acting insane

— Some significant enhancements and tweaks to the low end renderer
— Added a new game option to the interface panel that allows players to toggle displaying timestamps in game chat
— When in the game lobby or hero select screens, pressing shift while entering chat now updates the chat type button to display the opposite chat mode the message will be sent to
— Added a «No Leavers» icon to the game lobby to indicate if a game is «No Leavers» or not
* Updated /gameinfo to show this information as well
— Fixed an issue where players were shown a «unable to join due to leave % being too high» and unable to reconnect to games they were previously disconnected  from
— /dnd now blocks incoming messages sent from buddies using the «/buddy message» command
— /afk and /dnd status is now automatically removed and set to /available when sending a /whisper
— When switching between /afk and /dnd as long as a message is specified it will now switch or update your status accordingly, instead of removing your status and  toggling to /available
— /roll # now defaults to a roll between 1 and #
— Fixed a bug where the percentage of leaves in the game lobby didn’t match the percentage of leaves in the view stats interface
— Fixed a crash caused by using the /matchup (/ma) command when in the hero select screen. /matchup is now only available for use during pre-match, active and end game  phases
— Added a /ping command players can use in game to show their current ping
— Added a «Disconnect» button to the loading screen for cases when a player wishes to exit out before they have finished loading
— Updated match stats info screen to show the colors of the players

— Added new color in chat support for each of the player colors:

— Removed Christmas effects (Except the lights on the Legion tree. Because some people keep those up for a while. You know people like that I’m sure…)

For modders:
— Added new UI_CMD(GetColorFromPosition) that returns the appropriate color from a given client/player position.
— Added a new CMD LocalChat that can be used to display chat messages in game (on the local client only).
* This will be useful for mods that print out information to the screen without having to going through an interface and for those that don’t want to send information to the screen with TeamChat or AllChat (rune spawn or player spawn reminders to name a few)

Frostwolf
— Same components but 200 recipe cost, 5900 total
— The slow lasts 3 seconds and is applied on both single target spellcast and attack

Mana Potion
— Fixed a typo (No, not the energy drink)

Nullfire Blade
— Damage from the mana burned changed to 100%, from 80%

Heroes (42)
* Yes… 42. The answer to Life, the Universe, and Everything lies in the number of heroes we are changing. Think about it…

Behemoth
— Fissure no longer freaks out when you target yourself

Blacksmith
— Added mushroom cloud explosion for when a 4x multicast goes off
— +2 Base Intelligence
— +0.2 Intelligence Gain

Deadwood
— Armor reduction from 2,3,4,5 to 1,2,3,4 when in Rotten Grasp
— Very short cast time on Rotten Grasp so an animation plays
— Initial slow from throwing a log reduced to 60% (from 80%)
— Deadwood’s log is now consumed when the throw is blocked by Nullstone
— Deadwood can no longer throw a Log at Couriers
— Willowmaker can no longer target the ground

Engineer
— Cooldown of the keg increased to 14s base
— Shield will now properly dispels buffs when someone leaves the area (It was dispelling debuffs before, which was incorrect)
— Tinker reworked
——————————
Passive:
Decrease cooldown and manacost of keg by -7/14/21/28%

Forsaken Archer
— Base Agility lowered by 1
— Attack projectile speed slowed down from 1200 to 1050
— Fixed Split Fire so it reduces damage correctly
— DoT from Skeletons lowered to 4/8/12/16
— Piercing Arrows has the damage it does reduced based on the targets it hits. 10% per target in the line

Glacius
— Ice Imprisonment can now be cast on allies, immobilizing them but reducing all damage they take by 20,40,60,80% for the duration

Hellbringer
— Fixed the hilarious tooltip bug (Unholy Shackles was named Unholy Sfles)
— 10,20,30,40% on the health from Life Void
— Boil now ‘chains’ to 1,2,3,4 nearby targets (so 2,3,4,5 total hit by it) and applies the boil to all of them instantly. Numbers stay the same
— Fixed a bug that was causing Deathboil, when refreshed and re-cast on a target that already had the debuff, to continue to scale up its damage over the renewed length of the debuff. Instead, after the DoT ticks for 80 damage it will reset back to 10 damage and start increasing again

Jeraziah
— Adds the cast time back on Sol’s Blessing (.5 seconds)

Moon Queen
— +2 Base Strength
— +0.2 Strength Gain
— +2 base int
— +5 base damage
— Moon Finale no longer requires points in Moon Beam
— Multi-Strike is now a toggle ability that changes between bouncing to all units or just heroes

Nymphora
— Fixed her correctly having effects bones (oops…)
— Increased base strength by 2
— Base damage changed from 38-49 to 45-52
— Cast range of Pod increased to 750
— Nymphora’s Zeal now returns to her as she runs (Think Maliken’s Sword)
— She gains charges for attackspeed/movespeed as Nymphora’s Zeal hits enemies, not on it’s death
— Grace of the Nymph now restores the mana over 4 seconds instead of instantly. Mana return dispels on damage

Pebbles
— Fixed stun duration to be 2 seconds instead of 1.75

Plague Rider
— Fixed a typo with his tooltip for Extinguish

Slither
— Attack Range increased by 50
— Anyone under the effects of the Toxicity have health regen disabled (40,60,80,100% health regen reduction)
* Runes of the Blight changed to «healing» so that the Toxicity does not disable them
— Poison Spray increased cast and effect range by 200, radius stays the same
— Toxin Wards can now be laid in a ‘burst’ style with a long cooldown. (Think Panda’s Flurry but with laying 3 wards in a short time)
— Wards now have collision and slow poison (10%) again
— Poison Burst is now un-removable
— Now gains 3 seconds of clearvision around himself when using his ult

Torturer
— Movement speed increased by 5
— Agonizing Bonds now pulls anyone hit by the chains towards the target of the chains, even while the target moves
— Impalement will no longer hit gadgets or semi-pets

Wretched Hag
— Sonar Scream now hits invisible units and units in the fog
— +5 base int, base damage stays the same